We passed the halfway mark at approximately 8AM. I was asleep, having just done the 3-6A watch and just didn't find it important enough to go out and see the halfway mark. I always envisioned it being a yellow and black striped buoy with a mechanical bell on it. Nobody would tell me if I was right but I'm sure that's a standard issue halfway mark, they have to be visible and audible so there aren't a lot of options. 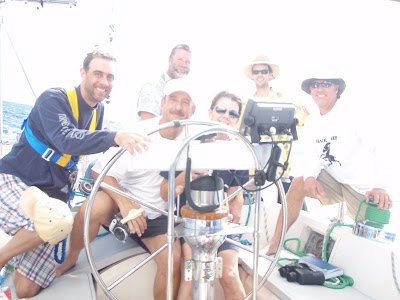 Later in the morning, we had the party in the cockpit. Tons of halfway gifts, good fun and drink, and a collective feeling that we couldn't turn back now. My celebratory rum and coffee was surreptitiously tossed over the side...two good things that just shouldn't be put together. I did take a swig of limoncello, a gift from Joanne to Phil. 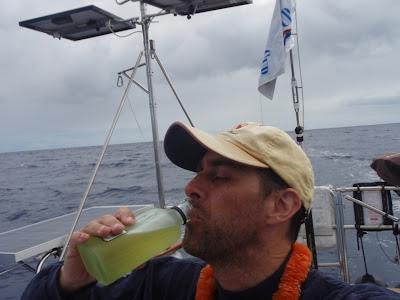 There was absolutely no theme to the presents. We got some really good ones: a couple of hula bobble-heads, some silly string, a LOT of candy, a mixed bag of fun gag gifts (including Mr. Bill), some CDs (including raunchy sea shanties from Lonnie Bruner), a couple of girlie mags for the crew's bathroom, and a bag of saltwater taffy. 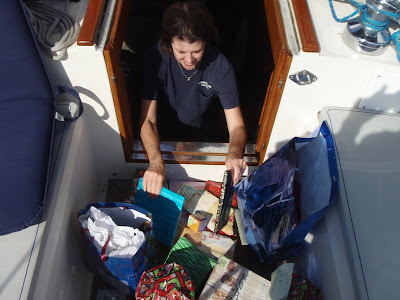 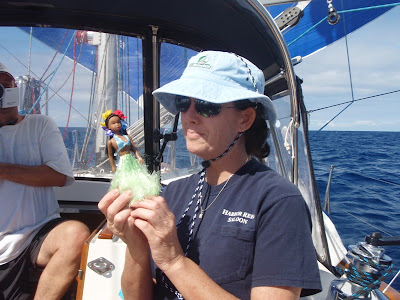 Phil got an excellent lei with little airplane sized rum bottles on it. Not sure if there could have been a more perfect halfway gift for anyone. And, yes, he did get silly-stringed for his efforts. 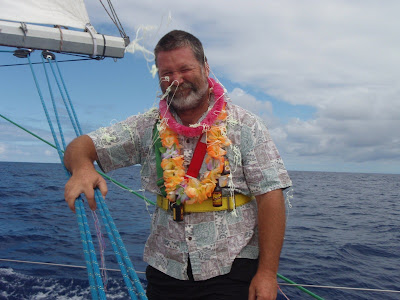 Halfway Day was a crowded one on the ocean. We saw Dreamchaser (from the SHTP), Morpheus (from the Pac Cup) and another fast boat chasing her an hour later (XL maybe?); later on in the day we saw a white boat with a big white chute that we never identified (it might have been Serena). That's a big crowd when you're over a thousand miles from land. 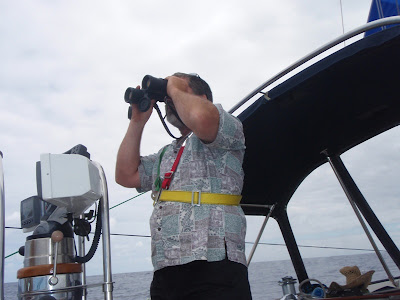 Not much going on with sailing this day, just slowly making our way out of the High and on towards Hawaii. And investigating the second day of the Flemish Coil Mystery. 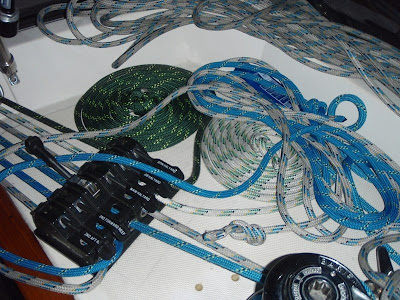 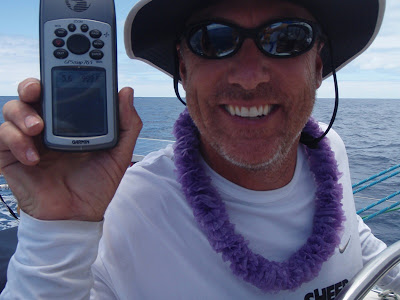 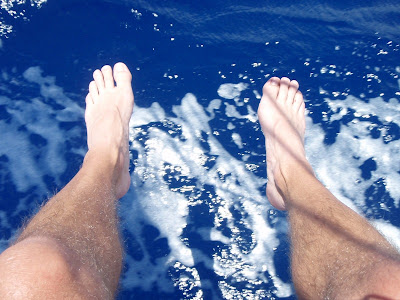 Next up: Day 9: Whither the Weather.

Note: I do have pictures of Morpheus from that day but they're on the good camera which I still haven't downloaded the pix yet. I'll put them up in an addendum or something some time.