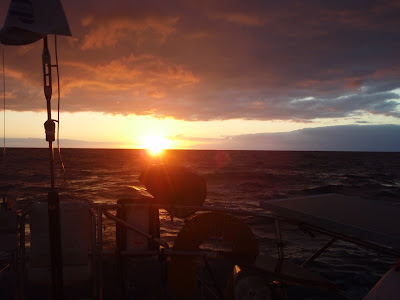 Because, you know, summertime and the living's easy. The only fitting description is a gentle yet slow run to Hawaii. We were sailing under butterflies with lightish winds and just moving along steadily at 5 knots or so. We were somewhat presumptuous in our boast that we had bested Pacific High. 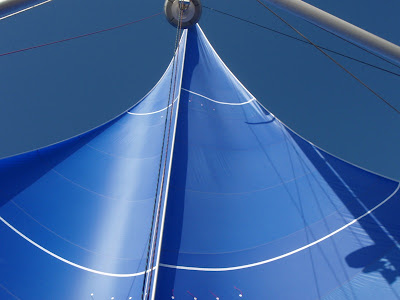 Even in this somewhat hypnotic slow pace, the views were amazing. Phil and I were trying to figure out how to get this experience home with you. The best we could come up with was to get a panoramic picture, wallpaper a bathroom with it, install a manual pump toilet, and have the showerhead shoot saltwater at you. That would give a bit of the experience at home. Of course, based on how the crew's head was starting to smell at this point, that's part of the experience I don't want to bring home.

Up until this point, my thoughts on the family were along the lines of "I wish they were here enjoying this with me", by day 7 they were turning to that longing, I really miss them feeling. It was on Day 7 that I came up with my brilliant idea: move the islands closer to San Francisco. This would shorten the sail to the perfect 10 days, ensuring that I wouldn't miss the family so much. Upon further reflection, I changed this idea to move North America closer to Hawaii, thus removing the days of gray gloom rather than sunny paradise. I'll contact the people in charge of these matters post haste.

There really wasn't much to say on this day, it was so relaxing it could be considered boring. I asked Charlie if he would do this race if he bought the Antrim 27 he's thinking about. He looked a bit perplexed. I commented that it would probably be a bit more work. He finally replied, "yeah, I wouldn't have room for a cook." I guess that's a no. 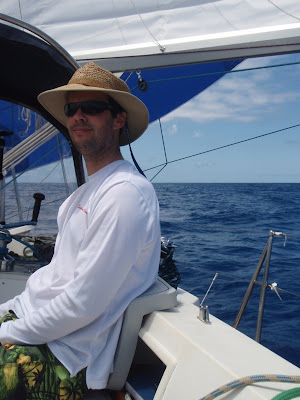 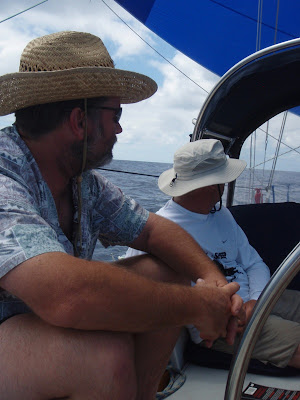 The interesting part about the guessing is how dependent the crew mood is on wind. When it's blowing, it's all smiles and jubilation; when it's calm, everyone disperses. This is exacerbated by how hot it is. We are right in the middle of the Pacific High, struggling to keep boat speed at 5 knots.

We're getting closer to the halfway point, it should happen some time on Day 8, probably early. I was getting very excited about the ice cream and gifts. And the tri-tip. And, mostly, a break to the light-wind boredom. 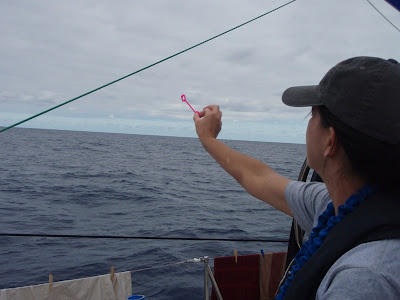 We heard some chatter in the early evening between a cruiser (Serena) and a SHTPer (Dream Chaser). We couldn't see the boats but listened intently for something interesting, the closest was that Dreamchaser was having some issues with their whisker pole; Phil knows the guy from previous SHTPs.

A few hours later, we got a very staticy hail from a boat that said they could see another boat 8 miles away...we don't think it was us. So there were between 2 to 4 boats within VHF distance. Of course, we were ALL stuck in this high.

I love how you worked in so naturally the name of your sponsor.

I'm really liking this idea of moving the mainland closer to Hawaii. Let me know when you start an online petition.

Bonnie, not to worry. It's happening even as we blog. The Americas are moving; the Atlantic is getting wider and the Pacific is getting narrower.

OK, so it's taking a few million years, but, hey, we'll get there eventually.