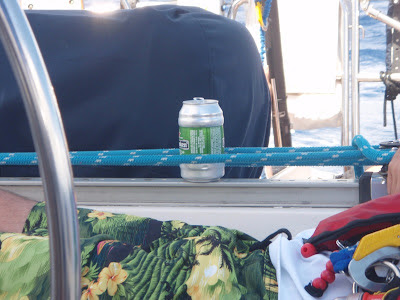 Note: Crewmember names have been changed to protect the guilty. It was the night before the race was to start and anxiety was reaching a fever pitch. How could we spend two weeks at sea with such a limited supply of beer? With the extra 4 cases that "Joe" brought, we had enough for 2 per person per day.

Now, where were we going to stash it so that the Captain didn't find it? We figured it would be well hidden in the original beer supply storage area behind the salon but there had to be somewhere else. 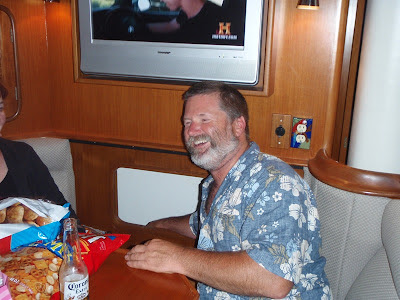 A quick reconnaissance of the boat revealed a hiding spot worthy of the greatest smuggling operation ever known, right under the pullman berth. We kept a lot of crap in a lot of compartments under the pullman (extra sails, emergency rudder, tools) and they were all a bitch to get to; that must be the reason for this completely empty storage area -- nobody looked because nobody wanted to deal with accessibility issues. 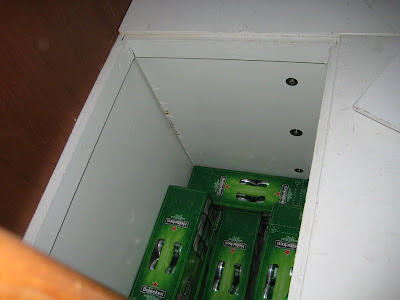 Once we filled it with the extra four cases of beer, it just looked lonely. There sure was a lot of empty space in there. How could we fix that? Hmm, Safeway was still open...road trip for more beer! 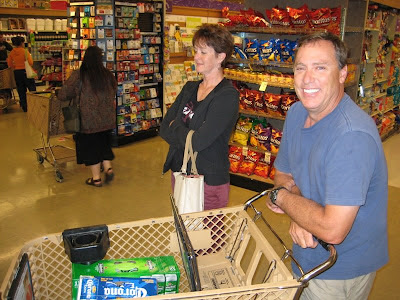 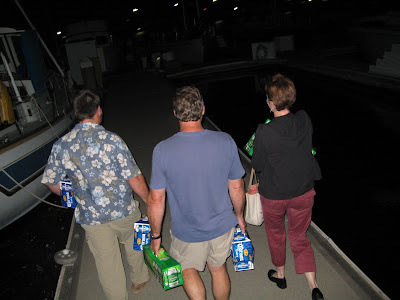 Now this was going to be a good voyage...enough beer to feed the masses! 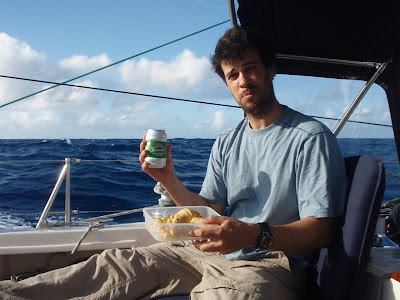 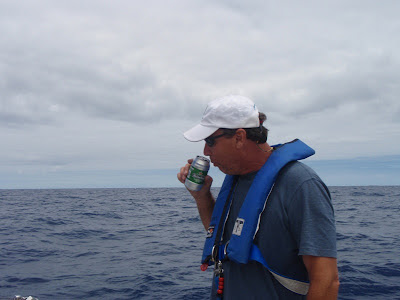 Even the owners got in on the action though they must have been wondering where all this beer was coming from! 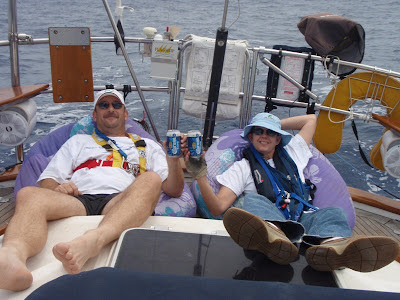 Next up: Day 6: The Most Perfectest Day Ever.

Ah. Now that last picture is the best so far. The owners look just like I imagine Serious-Ocean Going Racers should look.

PS. I think you should have written a bit more about the sheer terror you felt at the risk of the beer running out before reaching Nigeria.

Oh man, Heineken? Non-Light Corona? Have I taught you nothing??

I had no say in the beer selection as the only non-drinker in the crew. The best part was when someone had an extra beer they could always say it was mine that I gave up for the day.

Pinching, rhumblines, majesty of the sea - what's that?

Lonnie's right about the beer - where'd you stash the good stuff?

And the only non-drinker is the one with mal de mer? Sounds like you've got a piece for the New England Journal of Medicine right there.