Camille's first game isn't for another week, in fact, she doesn't even get her uniform for 5 more days and yet she has her own soccer card. Due to the lack of positions in the under-6 league, I've just gone with a generic "kicker" for her position but have been informed that striker is good, outside mid is bad. Based on her form, I think she might redefine soccer to include kicker as a position anyway. 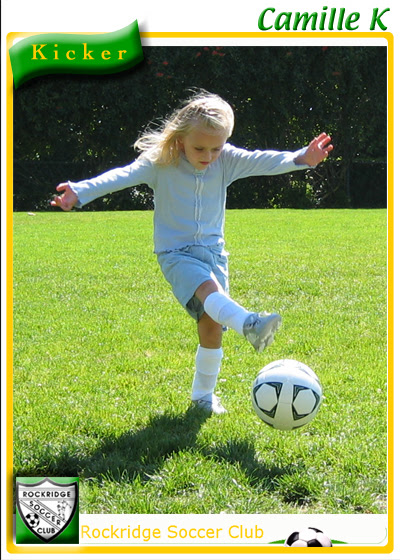 What a player! Watchout, Beckham!