We went for a little change of pace in our battle yesterday, pulling out Bogles v. Burn.  I've heard this matchup described as two players running past each other and that is a pretty good description of our first game.  I was on Burn and Noah was on Bogles. 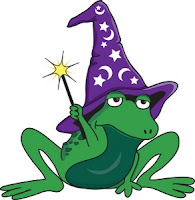 In the first game, I ran past him faster than he could run past me; being on the play was a huge advantage.  Then we had the discussion, Sideboard or not?  These two decks have tuned sideboards (unlike Twin) and both of them have tools for each other.  So, we decided to do it.

I brought in 3x Destructive Revelry and 2x Deflecting Palm.  He sided in 4 cards.

He mulliganed down to six and then decided to keep.  I held my breath and saw him play Razorverge Thicket and a Bogle.  No other cards?  Nope!

So I slammed down a mountain and a goblin guide, turned it to its side and held my breath again.  Top decked card was a hyena umbra!  No free land!

He started suiting up his Bogle but I was beating him down faster than he could respond -- I had him at 3 life when he played his Daybreak Coronet.  :( .  Casting it brought him to 1 (thanks Eidolon), swinging with it brought him back up to 7.  I didn't draw either of my sideboard cards.  My creatures couldn't attack into it without netting him more life and alas, I only had 6 points of burn in my hand.  Game two to the weird looking frog creature (the Bogle, not Noah).

I was pretty sure I had the only sideboard cards in my deck that would help me so I went at it with the same cards.  I drew the freaking perfect opening hand if this were game 1.  Grim Lavamancer into Eidolon with a ton of great burn.  He mulliganed to six!  I had a chance!

Whatever...maybe I'd draw into my destructive revelry.  And then draw into another one.  Let's do this.

To keep his two leyline hand, it turns out he had to play without a bogle.  And that deck stinks at finding creatures when you need them.  So I was able to get out some creatures, force him to Path them, giving me a ton of lands  while I built up a wasted hand full of burn.

Then I read Skullcrack.  "Damage can't be prevented this turn."  I convinced myself that this meant leyline couldn't stop it, suspended a rift bolt and waited for my next turn.  Next turn I assembled lethal burn (including skullcrack) and cast it all.

When Noah was done laughing at me, he swung his bogle for lethal.  I made my case for "damage can't be prevented" somehow circumvents hexproof.  He pointed out that nothing prevented that damage happening to some legal target that doesn't exist.  So we settled on asking the online judge who of course said, "what about hexproof don't you understand" or something more diplomatic that I'm paraphrasing.

Bottom line, my only hope was to blow up his leyline and, failing that, accept defeat not quite gracefully.  Game, set and match to the Frog.