Aloha means both hello and goodbye in Hawaiian. Whatever. Because what it really means is that I'm sailing to Hawaii again in 2010!

And this time I won't have to keep two blogs since the Captain already has his own blog...that's right I'm sailing to Hawaii on Valis! The Pacific Cup is slated to start July 5, 2010 which is only 507 days away though I'm currently involved in an internal debate over when to place that counter on the navbar. I'm thinking in a week when it gets under 500.

Valis is an exceptional boat, a Pacific Seacraft 42. Pacific Seacraft makes big heavy ocean going boats, the sort that tend to stick to waves rather than surf them; this will sound familiar to those of you that remember Oceanaire. It's my kind of racing. And, besides, Valis has a great PR history so she doesn't mind being written about: 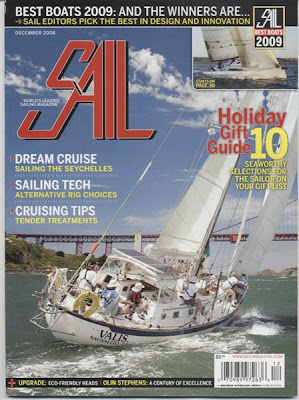 Remember, this is the fun race to Hawaii so we are contractually obligated to have fun (it's on the waiver forms). Paul handled that with the shirts in 2008: 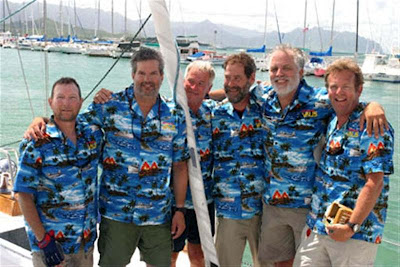 There will be more on this space regarding Valis over the next 18 months including plans to live-blog that will not be followed through. Aloha.

Edit: I couldn't wait to publish my 500 Days until Pac Cup article at the Examiner. Check it out.

Hey, congrats! Why will your plans to live-blog not be followed through? Is it because you'll be busy horking up the canned ground beef again? 0:-)