This past weekend the unthinkable happened here in San Francisco. A boat (Daisy) and two sailors were lost while competing in the Doublehanded Lightship race. The conditions were pretty crappy out there, 16 foot seas and 25+ knot winds. Speculation is that they were pooped when they hit the shoal as those 16 foot swells were breaking over the shoal.

A friend of mine suggested we put daisy decals on our transoms in honor of these sailors like they used to in his motorcycle days. 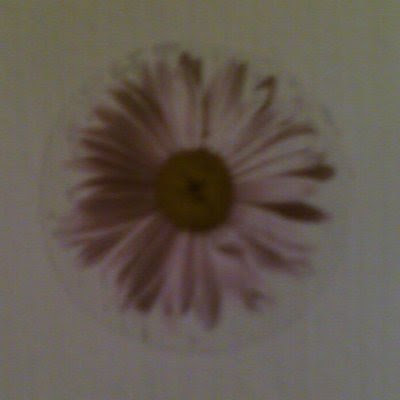 This is a crappy picture of a daisy decal that I'm going to lift from my daughter's room to put on the transom this weekend.

"There is some sort of comfort," Gale's son said, "knowing that it happened when he was doing something he enjoyed."

thoughts to them and theirs.